reated in October 2004, ZIPtv appears as a television channel of the Polytechnic Institute of Castelo Branco and produced from ESART, with the aim of promoting the production of content in a pedagogical component, as a learning space, where students develop their work. As the same intention but in an attempt to cover the whole region of Beira Interior, the channel’s name was changed in January 2007 to BEIRAtv, with the purpose of making available several multimedia contents related mainly to the built, natural and cultural heritage of the districts of Castelo Branco and Guarda. The objective is to make known a vast region, with borders beyond the ray, and to reinforce its identity. 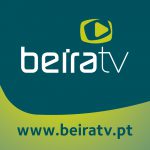 wned by ESART, “Convergences” is a research and teaching magazine of the arts, published online every six months. It is a scientific research publication that aims to be an interface for sharing information/knowledge between teachers, researchers, designers, musicians and other artists. The magazine already has the invaluable participation of countless individualities from different institutions, to which many others will certainly be associated, making this a project of all those interested in the universe of arts and design.

nternational project developed by DCPA students, following an ERASMUS international mobility protocol between ESART and the Faculty of Art and Design of Bauhaus – Universität Weimar in Germany. The project encompassed a cultural interaction between various actors, based on the exploratory work of the two groups of students, Portuguese and German. The exploratory work was carried out through visits by the Portuguese group to the city of Weimar and the German group to the city of Castelo Branco. The result of the project was publicly presented through three exhibitions, two of which in Portugal and one in Germany. 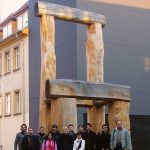 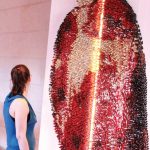 nternational project developed in partnership between ESART, Idanha-a-Nova City Council and Manchester Metropolitan University (MIRIAD Research Centre), proposing the interaction with local communities to promote regional development through the valorisation of the territory and its history through art and design. The project “Narrative Territories” started from the myths and legends of the ray, from which the students recovered local symbolic elements, with the purpose of conceiving several conceptual installations, presented in an exhibition that generated a space for dialogue and a new perspective on territorial frameworks, strengthening the reference to symbolic elements and dramaturgical references within the physical space.

tarting from the interaction with the territory and the local community of Cabeço do Pião, a village flanked by the imposing mining sites of Panasqueira and by the river Zêzere, an artistic residence was held by students and teachers of the DCPA course. The challenge was to develop a series of audiovisual products to promote the territory and support a concert of ESART music students. The project aimed to create at the pedagogical level a product where the collective experience was as important as the individual one, a way for the students to develop autonomies and competences in their area of study. The aim of this initiative was to approach the space and local community of Cabeço do Pião in order to present a project that would focus on the areas of audiovisual production and music, which revealed specific problems, music as an area of performance and multimedia and audiovisual as an area of sharing, distribution and dissemination of content. 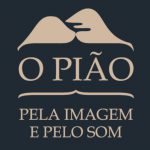 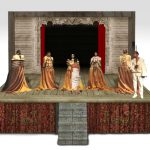 he Escola Superior de Artes Aplicadas in partnership with CITI – Centro de Investigação de Tecnologias Interativas da Universidade Nova de Lisboa and with the support of the POSI and Castelo Branco City Hall programs produced a CD-ROM and an online page about the work of Gil Vicente. An interactive document, supported by the Ministry of Education and distributed to secondary schools in the country, free of charge. The Interactive CD about Gil Vicente represented the possibility for students and teachers to have at their disposal a tool to watch plays, complementary information about Gil Vicente’s texts and a wide network of concepts.

he RISCO project takes place in a wider spectrum of the Castelo Branco embroidery certification and validation project. The software would be responsible for the management component of the design process, accompanied by a library, thus allowing a more comprehensive and broad view of the creative possibilities. These possibilities would allow, besides the design, a visualization of multiple combinations and arrangements, allowing a greater communication and exchange of opinions with colleagues. The tool is justified in a communication cycle completed by the website. The project presented several benefits at the level of the design process and monitoring the needs of embroiderers. Its development was ensured by the information cycle between the tool, its web and print extensions, which define in its interaction the essence of the RISCO project. 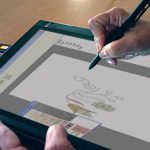 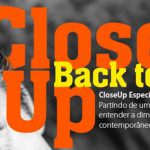 he Closeup project was born in 2006 by teachers Miguel Ferreira and Pedro Motta da Silva and its main objectives are to visualise and analyse audiovisual content in a relaxed way (outside the formality of the classroom environment), but accompanied by two teachers responsible for an analysis prior to the content. Currently the project has more than 60 sessions, having analyzed about 50 films and held special sessions with specific themes.

he Project to record and preserve for future memory the wall paintings identified in an academic research on the frescos of Beira Interior, developed by ESART, in collaboration with the regional delegation of IPPAR. The fieldwork, which required more than six thousand kilometres of road for a few months, was carried out by a dozen final students, with the collaboration of several teachers and researchers. The result of this study and of the inventory and recording in photography and video was an interactive CD-ROM and a DVD. It is also intended to extend the project to the elaboration of the Frescos da Beira Interior Route, a thematic route capable of attracting researchers and the general public, and which now opens doors to other types of studies. 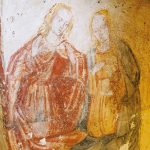 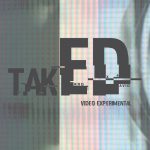 ssumed as a showcase of final projects of the Experimental Video course of the 3rd year of DCPA, the takED is already a regular experimental video event, where students organized in groups develop in a first phase a concept to be explored in a free way, having only as a mandatory requirement the use of video. In a second phase and beyond the conceptual exploration, the students reflect on the best way to present, expose and test their work. Thus is born the “takED”, a materialization of conceptual approaches in video, trying to escape from the norms and classical rules of audiovisual narrative, namely time, space and inevitably the dissemination of the product. This is achieved by using a panoply of capture, editing and projection techniques in a space where video experimentalism prevails.